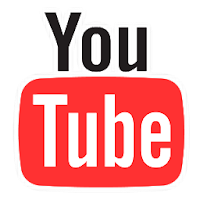 SAN FRANCISCO — YouTube, the video site owned by Google, formally announced on Monday that it had acquired Next New Networks, a Web video production company, in its biggest effort yet to move beyond short, quirky home videos to professionally produced content.

“We want to make as clean a line as possible for us to build the platform on YouTube and then let the content production happen with our partners,” said Tom Pickett, director of global content operation at YouTube.

Google will pay less than $50 million for the company, according to two people briefed on the terms of the deal. The New York Times first reported YouTube’s interest in the company in December. The companies declined to comment on the price.

Improving its original programming is crucial for YouTube, which faces competition from Web video services like Hulu, iTunes and Netflix. For its part, Google, which is trying to popularize its Google TV service, needs more Web video that people will watch for hours at a time.”There’s still a lot of YouTube that’s about the single video experience right now,” Mr. Pickett said. “We want to think about sets of videos and program experiences. That’s where we’re heading and we think this team is going to help us get there.”Many video creators on YouTube “are making money and doing great, but as a group they have not added up to shake the foundations of the way people watch content,” said James L. McQuivey, a digital media analyst at Forrester Research. “Maybe it’s just that they’re not aggregated in a meaningful way, but as long as YouTube remains something you do between phone calls at work, it won’t change the way the industry envisions its relationship with the viewer.”The company also said Monday that it was creating a program called YouTube Next that will help the video makers with whom YouTube shares ad revenue to produce more professional content by giving them grants and training.Next New Networks, which attracts two billion views a month, compares itself to cable networks, which do not own all their programming but package and broadcast other people’s shows. It helps video creators with advertising, distribution of their shows to various Web sites, and in building an audience by including shows as part of a programming package.It created the shows “Barely Political” and “Indy Mogul.” It produces videos for the Gregory Brothers, whose video “Bed Intruder Song” was the most-watched video on YouTube last year, and Hungry Nation, a series of online food shows. The Gregory Brothers’ videos, for instance, had up to 20,000 views an episode before the group started working with Next New Networks, and now they have up to two million views for an episode, said Lance Podell, chairman of Next New Networks.Most of Next New’s shows are on YouTube, but others appear on services like iTunes and Vimeo, and that will continue.”At this point, we are YouTube-focused, but that doesn’t mean that as an adviser to creators we won’t be able to suggest to them how their business can build on YouTube and off of YouTube,” Mr. Podell said.He will be director and global head of YouTube Next lab and audience development. YouTube also said it hired the former head of digital distribution at Paramount, Alex Carloss, to work on content acquisition.Next New Networks, which was founded in 2007, has raised $26 million from investment firms including Spark Capital, Fuse Capital and Goldman Sachs. The company is based in New York and will remain there. YouTube is based in San Bruno, Calif.

This article originally appeared in The New York Times.