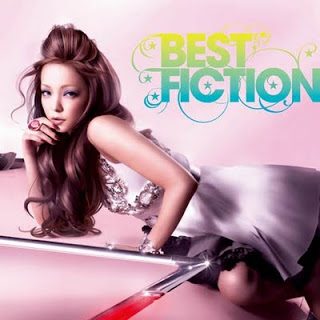 The Tiger’s Wife: A Novel by Téa ObrehtThe sometimes crushing power of myth, story, and memory is explored in the brilliant debut of Obreht, the youngest of the New Yorker’s 20-under-40. Natalia Stefanovi, a doctor living (and, in between suspensions, practicing) in an unnamed country that’s a ringer for Obreht’s native Croatia, crosses the border in search of answers about the death of her beloved grandfather, who raised her on tales from the village he grew up in, and where, following German bombardment in 1941, a tiger escaped from the zoo in a nearby city and befriended a mysterious deaf-mute woman. The evolving story of the tiger’s wife, as the deaf-mute becomes known, forms one of three strands that sustain the novel, the other two being Natalia’s efforts to care for orphans and a wayward family who, to lift a curse, are searching for the bones of a long-dead relative; and several of her grandfather’s stories about Gavran Gailé, the deathless man, whose appearances coincide with catastrophe and who may hold the key to all the stories that ensnare Natalia.

The Tragedy of Arthur: A Novel by Arthur PhillipsA long-lost Shakespeare play surfaces in Phillips’s wily fifth novel, a sublime faux memoir framed as the introduction to the play’s first printing—a Modern Library edition, of course. Arthur Phillips and his twin sister, Dana, maintained an uncommon relationship with their gregarious father, a forger whose passion for the bard and for creating magic in the everyday (he takes his kids to make crop circles one night) leave lasting impressions on them both: Dana becomes a stage actress and amateur Shakespeare expert; Arthur a writer who “never much liked Shakespeare.” Their father spends most of their lives in prison, but when he’s about to be released as a frail old man, he enlists Arthur in securing the publication of The Tragedy of Arthur from an original quarto he claims to have purloined from a British estate decades earlier, though, as the authentication process wears on—successfully—Arthur becomes convinced the play is his father’s greatest scam. Along the way, Arthur riffs on his career and ex-pat past, and, most excruciatingly, unpacks his relationship with Dana and his own romantic flailings. Then there’s the play itself, which reads not unlike something written by the man from Stratford-upon-Avon. It’s a tricky project, funny and brazen, smart and playful.

By the end of World War II, Silvana is a ghost of the wife Janusz once had. She and their 7-year-old son Aurek travel from Poland to England to reunite their family–a family that has been separated for 6 years. That’s where 22 Britannia Road, Amanda Hodgkinson’s stunning debut novel, begins. As the past unfolds from multiple points of view, it becomes clear that despite their determination to make a fresh start, the hidden secrets of the past threaten to destroy Silvana and Janusz’s dreams of becoming a family once again. The irreversible events that passed during their years of separation still linger, including the horrors of war, Janusz’s betrayal by a love affair with another woman, and the devastating secret that Silvana will do anything to conceal. Hodgkinson’s poetic voice is impossible to forget, and the shocking and hopeful ending of her remarkable historical novel will leave readers reeling–and satisfied.

There is a simple, yet remarkable, scene in Kyung-sook Shin’s novel, Please Look After Mom, where the book’s title character visits her adult son in Seoul. He lives in a duty office in the building where he works, because he can’t afford an apartment. At night, they sleep on the floor and she offers to lie next to the wall to shield him from a draft. “I can fall asleep better if I’m next to the wall,” she says. And with this gesture, we catch a glimpse of the depth of love she has for her first-born and the duty-bound sacrifices she’s made on behalf her family. Please Look After Mom is the story of a mother, and her family’s search for her after she goes missing in a crowded train station, told through four richly imagined voices: her daughter’s, her oldest son’s, her husband’s, and finally her own. Each chapter adds a layer to the story’s depth and complexity, until we are left with an indelible portrait of a woman whose entire identity, despite her secret desires, is tied up in her children and the heartbreaking loss that is felt when family bonds loosen over time. Kyung-sook Shin’s elegantly spare prose is a joy to read, but it is the quiet interstitial space between her words, where our own remembrances and regrets are allowed to seep in, that convicts each one of us to our core.

The Adults: A Novel by Alison Espach

The Adults follows Emily Vidal, a sharp-eyed but sensitive girl, from early adolescence into early adulthood. As the novel opens, the cozy world of Emily’s affluent Connecticut upbringing begins to simultaneously dissolve and expand with the divorce of her parents. While her mother and father struggle to restructure their lives without each other, Emily is left to navigate her increasingly complicated world mostly on her own.

Crummey (River Thieves) returns readers to historic Newfoundland in his mythic and gorgeous latest, set over the course of a century in the life of a hardscrabble fishing community. After a lean early-19th-century winter, a whale beaches itself and everyone in town gathers to help with the slaughter. But when a woman known only as Devine’s Widow—when she’s not called an outright witch—cuts into the belly, the body of an albino man slides out. He eventually revives, turns out to be a mute, and is dubbed Judah by the locals. Judah’s mystery—is his appearance responsible for the great fishing season that follows?—is only one among many in this wild place, where the people are afflicted by ghosts and curses as much as cold and hunger. Crummey’s survey eventually telescopes to the early 20th century, when Judah’s pale great-grandson, Abel, sequesters himself amid medical debris in an old hospital where his opera singer cousin, Esther Newman, has returned and resolved to drink herself to death. But before she does so, she shares with him the family history he never knew. Crummey lovingly carves out the privation and inner intricacies that mark his characters’ lives with folkloric embellishments and the precision of the finest scrimshaw.

Henderson debuts with a coming-of-age story set in the 1980s that departs from the genre’s familiar tropes to find a panoramic view of how the imperfect escape from our parents’ mistakes makes (equally imperfect) adults of us. Jude Keffy-Horn and Teddy McNicholas are drug-addled adolescents stuck in suburban Vermont and dreaming of an escape to New York City. But after Teddy dies of an overdose, Jude makes good on their dream and forms a de facto family with Teddy’s straight-edge brother, Johnny; Jude’s estranged pot-farmer father, Lester; and the troubled Eliza Urbanski, who may be carrying Teddy’s child. What results is an odyssey encompassing the age of CBGB, Hare Krishnas, zines, and the emergence of AIDS. Henderson is careful, amid all this youthy nostalgia, not to sideline the adults, who look upon the changing fashions with varying levels of engagement. Still, the narrative occasionally teeters into a didactic, researched tone that may put off readers to whom the milieu isn’t new-but the commitment to its characters and jettisoning of hayseed-in-the-city cliché distinguish a nervy voice adept at etching the outlines of a generation, its prejudices and pandemics, and the idols killed along the way.

Nigerian immigrant Julius, a young graduate student studying psychiatry in New York City, has recently broken up with his girlfriend and spends most of his time dreamily walking around Manhattan. The majority of Open City centers on Julius’ inner thoughts as he rambles throughout the city, painting scenes of both what occurs around him and past events that he can’t help but dwell on. For reasons not altogether clear, Julius’ walks turn into worldwide travel, and he flies first to Europe, where he has an unplanned one-night stand and makes some interesting friends, then to Nigeria, and finally back to New York City. Along the way, he meets many people and often has long discussions with them about philosophy and politics. Brought up in a military school, he seems to welcome these conversations. Upon returning to New York, he meets a young Nigerian woman who profoundly changes the way he sees himself. Readers who enjoy stream-of-consciousness narratives and fiction infused with politics will find this unique and pensive book a charming read.

State of Wonder by Ann Patchett

In State of Wonder, pharmaceutical researcher Dr. Marina Singh sets off into the Amazon jungle to find the remains and effects of a colleague who recently died under somewhat mysterious circumstances. But first she must locate Dr. Anneck Swenson, a renowned gynecologist who has spent years looking at the reproductive habits of a local tribe where women can conceive well into their middle ages and beyond. Eccentric and notoriously tough, Swenson is paid to find the key to this longstanding childbearing ability by the same company for which Dr. Singh works. Yet that isn’t their only connection: both have an overlapping professional past that Dr. Singh has long tried to forget. In finding her former mentor, Dr. Singh must face her own disappointments and regrets, along with the jungle’s unforgiving humidity and insects, making State of Wonder a multi-layered atmospheric novel that is hard to put down. Indeed, Patchett solidifies her well-deserved place as one of today’s master storytellers. Emotional, vivid, and a work of literature that will surely resonate with readers in the weeks and months to come, State of Wonder truly is a thing of beauty and mystery, much like the Amazon jungle itself

The Lover’s Dictionary: A Novel by David Levithan

Amazon Best Books of the Month, January 2011: In his first book for adults, popular young-adult novelist David Levithan creates a beautifully crafted exploration of the insecurities, tenderness, anger, and contented comfort that make romantic relationships so compelling (or devastating). Through sparingly written, alphabetical entries that defy chronology in defining a love affair, The Lover’s Dictionary packs an emotional wallop. For “breathtaking (adj.),” the unnamed narrator explains, “Those moments when we kiss and surrender for an hour before we say a single word.” For “exacerbate (v.),” he notes, “I believe your exact words were: ‘You’re getting too emotional.'” Ranging from over a page to as short as “celibacy (n.), n/a,” the definitions-as-storyline alternate between heart-wrenching and humorous–certainly an achievement for a book structured more like Webster’s than a traditional novel. Proving that enduring characters and conflict trump word count, Levithan’s poignant vignettes and emotional candor will remind readers that sometimes in both fiction and life, less is truly more–and the personal details of love can be remarkably universal.