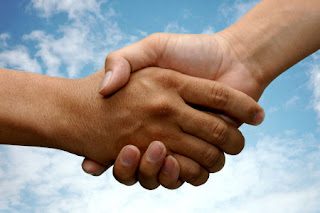 WSJ reported that, Nokia Corp. said Tuesday it has agreed to settle all patent litigation with Apple Inc., in a deal that will give a much-needed boost to the company after a string of bad news as it struggles to compete with its U.S. rival.Nokia, the world’s largest cellphone maker, will receive an undisclosed one-off payment from Apple and continuing royalties. Also the settlement, which ends a long-running patent dispute, “is expected to have a positive financial impact on Nokia’s recently revised outlook for the second quarter 2011 of around break-even non-IFRS operating margin,” for devices and services, the company said.

The settlement is a welcome piece of good news for Nokia, whose profit warning last month was followed by a succession of ratings downgrades, as the company conceded that it is losing market share in the highly competitive smartphone market. Its Symbian operating platform is struggling to compete with Apple’s iPhone and the ever-increasing range of devices using Google Inc.’s Android platform, and although the company has partnered with Microsoft Corp. to use its Windows Phone software, it won’t likely launch the first phone based on that platform until the fourth quarter.

“We’re glad to put this behind us and get back to focusing on our respective businesses,” Apple Europe spokesman Alan Hely said. “Apple and Nokia have agreed to drop all of our current lawsuits and enter into a license covering some of each others’ patents, but not the majority of the innovations that make the iPhone unique.”