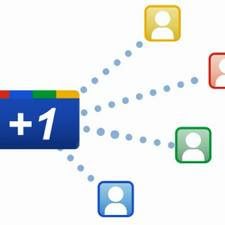 To become more social and raise challenges to FaceBook, Google comes with another social feature named Google +1, a Google version of Facebook ‘Likes’. Use the +1 button to publicly show what you like, agree with, or recommend on the web. The +1 button can appear in a variety of places, both on Google and on sites across the web. For example, you might see a +1 button for a Google search result, Google ad, or next to an article you’re reading on your favorite news site.

Google already supports such features but there are lack of Facebook ‘Like’ button and Google +1 presently considers as a their reply to that missing feature.

+1 actually meant the digital shorthand of the word “This is Pretty Cool”. Public can now easily recommend any search results or ads by just click on the +1 button appear beside it. Whenever +1’d anything, your name could also appear next to the +1 to help your friends and contacts identify which content may be most useful to them.Regardless of whether you chose to publicly share your +1’s tab, your +1’s will still be visible to others viewing the content you +1’d. For instance, your +1 could appear as part of an anonymous aggregated count of the people who have also +1’d the same thing:Your +1 would be listed in the profile tab where you can manage them. You can’t control who sees your +1’s because +1’ing is a public action. Anyone on the Web could potentially see the things you’ve +1’d. Even though your +1’s are public, you can control the privacy of the +1’s tab on your profile.