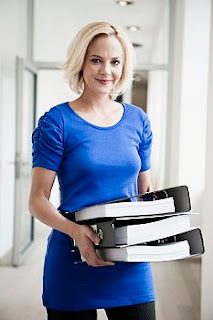 If you ever filled application form for opening a bank account, fixed deposit, trading account or even subscribed mutual funds, you eyes might have stuck in a section specifically given to fill the nominee details. Generally, most people would avoid the column because of any unavailability of the information have asked in the section.

This is the nomination section and which is powerful enough to decide who can withdraw your money or investments in case of your death. It is highly recommended by the financial planners to make your nomination intact when dealing with money subjects like investments.

So, what is the importance of making a nomination? Each one should ensure that have nominated a person who will be entrusted with your funds in case of your death. If you have not made any nominations, it will be cumbersome for your legal heirs to take control of your money or investments.

If you have done your nomination properly and nominee has all the information about your funds and investments, it is easy for them to access the funds by producing proper documents and self identify to the respective places.One of the important advantages of nomination is, one can change the nomination as many as and whenever required. Process for the same would be different in each place but it would not take much time than just filling a prescribed form for the same. Some of the places, like mutual funds, even offer the facility of break up the percentage to each nominee in case the death of investor. If such, the investment amount would go to the nominees in the given percentage in nomination form.Nomination is an excellent method to get all the benefit of your investments to your legal heirs. For an example, if you take a term policy, it is sure you are not going to get any benefit from that until you are live. In case of your death your legal heirs only would get the benefit. It is not possible or useless if one apply for a term policy without making a nomination because, such product like term policy only focused to the betterment of dependents in case of the death of policy holder.Generally there will not be any charge for making, changing or canceling nominations. Anyone can make, change or cancel nominations as they wish, on their funds or investments. If you have an existing fund which not has nominations, you can even visit the fund house or respective office to fill a nomination form for the same. This would ensure your money will not lay unclaimed but reach to the proper hands in case of your demises in the future.Nomination does not provide ownership of your assets to the nominee but only trusteeship. Which mean the nominee would not become the owner of the asset, but would become the trustee of the asset till it is given to its beneficial owner.