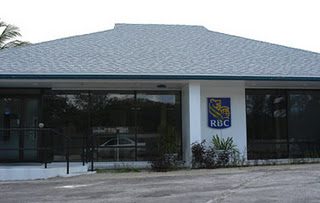 That is the hard truth behind Royal Bank of Canada’s effort to sell its U.S. operations known as RBC Bank. The largest Canadian lender by assets has attracted prospective bidders for the business despite RBC Bank’s raft of problems. The unit is expected to fetch roughly $3 billion, according to people familiar with the situation.A sale of RBC Bank would represent a retreat from its decade-long goal to lash together a significant U.S. banking presence. On Wednesday, U.K. lender HSBC Holdings PLC is expected to unveil a strategy that also could include retrenching from certain markets such as the U.S., where it has 470 branches, some analysts said.

Like other regional banks, RBC Bank was hard hit by borrowers who defaulted on commercial and real-estate loans during the financial crisis. But the struggles of RBC Bank, which as a stand-alone business would rank as the 23rd largest bank by assets in the U.S. out of more than 7,600, stand out.RBC is well aware of the problems. In 2009, the corporate parent took a 1 billion Canadian dollar ($1.04 billion) write-down on the business and since then has tried to revamp the operations by cutting costs, consolidating branches and offering new financial products to customers.Tanis Robinson, a spokeswoman for RBC, declined to comment on the auction process or the bank’s performance.