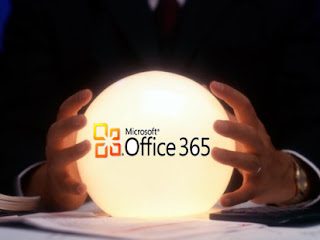 Reported By NICK WINGFIELD in Wall Street Journal today, With a new package of online applications called Office 365 launching Tuesday, Microsoft Corp. is courting customers who have resisted running some of the company’s most lucrative products: small- and medium-sized businesses.

The company also faces competitive issues: Google Inc. has won more converts to a rival set of online applications called Google Apps among small and mid-sized businesses than among large companies, according to analysts.

Office 365 includes the latest versions of Microsoft’s familiar suite of productivity applications—Word, Outlook, Excel and others—combined with online versions of related software for server systems that most people never see. That includes Exchange for messaging, SharePoint for collaboration and Lync for conferencing and communication.

For roughly $6 per user a month, Office 365 customers will get the traditional Office applications, either accessing them through a Web browser or by installing them on their PCs.

Google sought to blunt the launch of Office 365 on Monday with a blog post in which Shan Sinha, Google Apps product manager, said the new Microsoft suite will be designed to run well primarily on Windows-based PCs, with less attention paid to devices running software made by other companies.

Mr. Sinha also said Google’s business pricing for Google Apps—$5 per user a month—is simpler than that for Office 365, which varies up to $27 depending on the plan to which a customer subscribers.

It is of course an interesting story for all. Read it full here…

Related read on this topic:

Microsoft Takes to Cloud to Defend Its Office Business – NYTimes