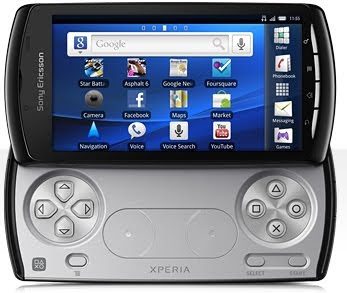 Sony Ericsson announced Sunday it will launch its highly anticipated PlayStation smartphone in March. Sony Ericsson CEO and President Bert Nordberg, who made the announcement at the Mobile World Congress in Barcelona, Spain, admitted the technology has been a long time in the making.

“Even if the dream has been there a long time, in the industry it’s taken some time to get everyone there,” he told CNN.

The new device, named Xperia Play, is the first attempt by a major manufacturer to combine cellphone and full gaming capabilities in the same product since Nokia Corp. launched the sophisticated but ill-fated N-Gage in 2003, an expensive commercial failure that didn’t satisfy the demands of either the gaming community or cellphone aficionados.

Nordberg said, the XperiaTM PLAY would hit U.S. stores in April and be sold through provider Verizon Wireless. Although he refused to name a price he said it would be a “subsidized phone” when purchased through a subscription.

Xperia Play Powered by Android (Gingerbread) have Real game controller and is able to download more than 100,000 apps instantly. Its incredible graphics and integrated front facing camera add spice to the product.