“Good habits, once established are just as hard to break as are bad habits” ~Robert Puller 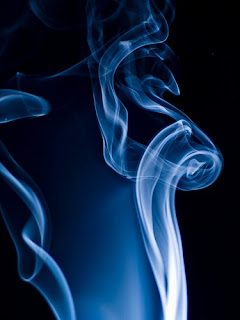 In my life, there is only and only one promise I always failed to keep. Only one decision I always failed to execute successfully. Only one loop hole I had in my financial basket. My habit of “smoking”. Yes I was a heavy smoker and didn’t stop that habit till I saw a night dream. Did I stopped smoking after I woke up from the dream? No. But, that dream influenced me a lot say good bye to smoking. Not only I got health, but, I fixed the major black hole in my financial basket that costs me money in daily basis for a long term. Read about my dream and how that influenced me to add value to life and financial planning basket.

I have written an article earlier in my blog titled “Convert a Bad Habit to Millions” . It was showing the power of little drops at the end and intending to open the eye of one who has a bad habit that costs money. The interesting part in that, I also have influenced with that article and stopped my smoking habit for a period. As usual to any smoker, I also started the same again but, till I saw the below dream.

When I stop my smoking….. The dream was: Somebody carrying a coffin to the cemetery and I saw I was inside the coffin. I didn’t felt any pain on that. Because, everyone in this world going to die by today or tomorrow. I cannot see any one following the coffin except two. They are my young and lovely wife and dearest little daughter. She is in the age of one and half years and just starts walking. Her mother was holding her right hand and she was walking with her but little behind because she was not able to walk like her mother. Both were following the coffin. I didn’t felt any pain because it is natural.

Then, I realized that my little angel was not only walking slowly but, was crying loudly looking on the face of her mother, who was looking on her face too and was weeping. She don’t know why her mother was weeping but she realized that something bad happened to her life. Yes, my little angel lost her father in that dream and she is now a kid who doesn’t have father with her and any more in her life. I heard a small voice saying that, he died because of smoking.

I woke up from the horrible dream and became very nervous. The face of my crying kid gave me lots of heart pain to think about the reason why I saw such dream. I take a decision to stop my smoking habit. But after some time, I went out to my home with the memory of the dream and painful little face of my kid in my mind. This dream influenced me a lot. Even though, I didn’t stop smoking but, when I was smoking, the face of my little kid and the picture of a coffin start hunting me continuously. I tried a lot to forget this dream but, the picture starts to come more forcibly and more clearly and it starts giving enormous pain.

I was not able to avoid the picture when I was smoking each cigarette and later it starts when I was going to buy the cigarette. I was not able to survive a situation where my kid is weeping because of the lose of her father. I reduced the number and sometime throw the cigarettes that were in my hand and going to smoke. Very soon, I became allergic with the habit and that went from me forever.

Now, I am a free bird because, smoking was the only habit I had in my life and failed whenever I thought stop. It is not now with me. I am free from the horrible dream and I want my little angel to not have pain because of my habit. This situation gave me an opportunity to calculate the amount that I was spending each month for cigarettes. I didn’t invests the same as usually what I was doing but, I was keeping that amount till the end of each month for my kid to put into her small and lovely piggy bank, that I presented her at the time of her first birthday and teach her how to put money on that. Now she is able to put money herself without any help from anybody.

My surprise, the amount in the end of each month was more than what I was spending for my half months expenses for food. Of course it will be a very huge amount more that my one month earnings, at the end of the year. Now I have only one feeling because I didn’t start this savings about 10 years back.

If you feel more about your kid and family, try to avoid the path leading you to see the weeping face of your dearest one and little angels. Let anything go from you for ever if that help you to see the happiest face of those who loves you lot in your life. Best wishes.