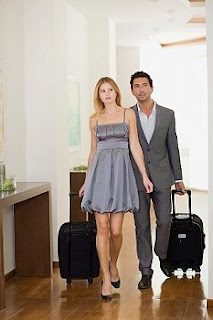 1. “In tough times we have to discount—creatively.”For the hotel industry, 2009 was the worst year since the Great Depression, and last year was only slightly better. At its low, the average daily room rate was $97, down from $107 in 2008, and occupancy rates fell below 55 percent. “This recession has been so traumatic across the board for all types of hotels,” says Robert Mandelbaum, research director at Colliers PKF Hospitality Research. In turn, hotels have slashed staff and cut corners. Michael Aschoff, a retired compliance officer from Tampa, Fla., stays in hotels 30 to 50 nights a year and has noticed they’ve stopped replacing soap and providing body wash and mouthwash. “They have really cut back on little amenities,” he says.But hotels are holding the line on rates, says Travis Rank, director of worldwide sales at Best Western International. Instead, some hotels offer free parking, gift cards or other perks, like a free extra night for customers who book a certain number of nights in a row. Check hotel websites to find these deals—which are likely to be available until 2012, when the industry is expected to recover.