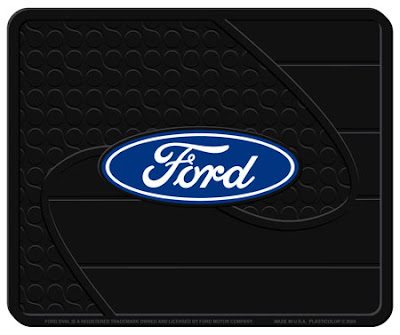 Ford Motor Company weathered the recent economic storm better than any other American car manufacturer, and now they are ramping up their international expansion plans. Ford recently announced its aims to launch a line of low-cost, small-sized vehicles in India over the next three years. Their long-term vision is to turn India into a hub for manufacturing and supply for the entire Asia-Pacific and African region, and close the gap between Ford and their international rivals. Ford feels it has been neglecting this region, even though India is Asia’s third-largest economy. They haven’t been positioning themselves well in the small car market, which encompasses 70% of all automotive sales on the crowded streets of India. Michael Boneham, the president of Ford India recently told Reuters to expect a major change from Ford, and a focus on the fleet of small cars India has been clamoring for.

Ford launched their India branch back in 1995, but were overtaken when Hyundai Motor of South Korea entered the market the very next year and set their sights on the small car sector. Ford continued to push a more American-style on Indian consumers, but the oversized, pricey cars were unable to compete. Hyundai’s India branch sold over 600,000 cars last year, beating Ford by more than five times.The perspective has now shifted towards giving India’s families what they’re looking for. As India’s economy grows, most car shoppers are middle-class, reliant on loans and trade-ins of inexpensive motorcycles to afford a new car purchase. Given the country’s passion for smaller vehicles, other companies have taken advantage to remake India into the sub-compact capital of the world. Nissan Motor of Japan, who first began selling in India in 2005, exported more than 60,000 of their Micra sub-compacts to India last year. That’s a full 80% of their economy car’s total production.

To put it in perspective, Ford produced and exported 30,000 new cars from India last year. That’s one-fifth of their total production. They expect production to increase significantly this year, and look to bring the total number of markets served by their Indian production hub up to fifty. Basically, every car they make in India they will be producing with the global market foremost in their vision.

Ford currently employs 5,000 workers at their plant in Chengalpattu, a 350-acre factory just an hour south of Chennai. The factory has been dubbed “India’s Detroit”, and enjoys government incentives and a young, educated work force. Fully 80% of their employees hold diplomas in engineering, an astounding number, especially when you take into consideration that their median age is only 27. They’re also saving money by using local products. Indian steel saves them approximately $100 per car manufactured, and local products now make up 85% of the Figo, one of their most popular sub-compact models.

And their work in India is only beginning. Ford is planning a new $1 billion facility in 2014, one they expect to churn out nearly a quarter of a million cars each year. This will allow them to expand to twelve distinct Indian models, the majority of which will be these sub-compact passenger vehicles. More and more car manufacturers are looking towards India for their next wave of expansion, while Ford is already in prime position to take advantage of the massive current demand. So if you head to Mumbai and need to rent a car from Enterprise car hire, don’t be surprised if it’s a tiny, brand new American car.