A new technology fund by J.P. Morgan Chase & Co. is in talks with Twitter Inc., an Internet messaging and communications major, to take a minority stake in the rapidly growing microblogging company, people familiar with the matter said. 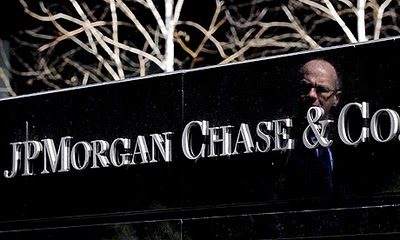 Reported by WSJ, The investment, which is expected to value Twitter at more than $4 billion, will be made from the bank’s new $1.2 billion digital growth fund, these people said. Exact terms of the potential deal couldn’t be learned.

Discussions between J.P. Morgan and Twitter are continuing, and there is no guarantee a deal will be struck, the people added.The fund has raised $1.22bn to date, according to a filing with the Securities and Exchange Commission. But it plans to raise $1.3bn in total, and will have a maximum of 480 investors, say the people. JPMorgan expects to earn commission of at least $13m from the fund.Besides the Twitter stake, JPMorgan hopes to invest another third of the fund in one other private web company – possibly games maker Zynga or telephony provider Skype.The final third of the fund will be allocated among six other companies, they said — possibly to include coupons site LivingSocial, or Gilt, the flash-sales site. Twitter will be the fund’s focus. The company has 253m unique users per month, up 85 per cent from a year ago, according to venture capital firm Kleiner Perkins Caufield & Byers.

News of the JPMorgan fund’s plans was first reported on Sunday by The Financial Times.