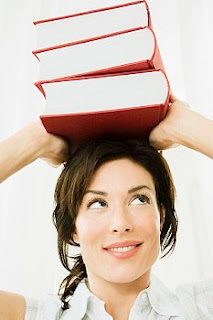 Amazon.com today announced their annual Best Books of the Year So Far list (www.amazon.com/bestbookssofar). This midyear retrospective highlights the best books released in 2011 between January and June. Customers looking for great books to read this summer will find an eclectic list, from a faux memoir conceived as an introduction to a long-lost Shakespeare play to one of the most fantastic survival stories of World War II. The Best Books of the Year So Far are all also available in the Kindle Store (www.amazon.com/bestkindlebooks2011).

“Our goal with Best of the Year So Far is to go beyond our personal favorites and identify books that transcend genre,” said Mari Malcolm, managing editor of Books at Amazon.com. “The books on our Top 10 list are engrossing reads that you could give to anyone, no matter what their taste. Helping customers more easily find and discover outstanding books by creating these lists has always been one of our favorite activities, and 2011 is proving to be a great year for readers.”

Here’s a quick peek at the Top 10 books of the year so far, listed alphabetically by author:

“Bossypants” by Tina Fey: Like the author herself, Fey’s autobiography is short, messy and impossibly funny.

“Moonwalking with Einstein: The Art and Science of Remembering Everything” by Joshua Foer: Foer learned the tricks of the masters as he went from journalist covering the U.S. Memory Championship to actual participant.

“Blood, Bones, & Butter: The Inadvertent Education of a Reluctant Chef” by Gabrielle Hamilton: A delectable memoir, tinged with adrenaline and too-little sleep–Hamilton recounts the unexpected dissolution of her idyllic family, her move to New York City at sixteen and her simmering passion for cooking.

“22 Britannia Road: A Novel” by Amanda Hodgkinson: A remarkable debut novel about reunion and retribution after World War II. Hodgkinson’s poetic voice is impossible to forget, and the shocking, hopeful ending will leave readers reeling.

“In the Garden of Beasts: Love, Terror, and an American Family in Hitler’s Berlin” by Erik Larson: In recounting the experiences of America’s first ambassador to Hitler’s regime and the Ambassador’s scandalously carefree daughter, Larson crafts a gripping, intimate narrative with a climax like the best political thrillers.

“The Tiger’s Wife” by Téa Obreht: Set during the war that tore apart Yugoslavia, Obreht’s astounding debut follows a young doctor in search of answers about her grandfather’s death. Readers will swoon as they are transported to the crossroads of narrative, myth, memory, and something even deeper.

“Please Look After Mom” by Kyung-Sook Shin: Kyung-Sook Shin’s elegantly spare prose is a joy to read as she uses multiple voices to relate the moving story of a mother and her family’s search for her after she goes missing in a crowded train station.

“Before I Go to Sleep” by S.J. Watson: In this gem of a debut thriller, Christine has developed a rare form of amnesia as a result of a mysterious accident. Each morning she relies on her husband Ben to explain their life together–until one day when Christine discovers a note in her journal: “Don’t trust Ben.”

“Lost in Shangri-La: A True Story of Survival, Adventure, and the Most Incredible Rescue Mission of World War II” by Mitchell Zuckoff: Three survivors of an airplane crash are stranded deep in an impenetrable New Guinea jungle notorious for its cannibalistic tribes. A riveting story of deliverance under the most unlikely of circumstances, it deserves its place among the greatest survival stories of World War II.