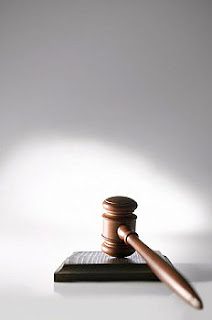 Personal injury litigation are fought by the hundreds in the United States; however none of them actually get any national attention. Moreover, only a few of them end up with multimillion settlements.It is only when some case is given a landmark judgment does it receive media attention. This is what happened to the most famous of personal injury law claims in America, the Mc Donald’s coffee spill case. In fact, it was this case which made the whole world question America’s legal system.

It was on 27th February that 79 year old Stella Liebeck ordered coffee for herself at New Mexico’s Mc Donald’s drive thru at Albuquerque. While Stella was in the passenger seat, her grandson Chris was driving the car.He had parked the car so that his granny could get some cream and sugar for the coffee. She thus placed her cup of coffee in between her legs and pulled its lid off, which lead to her spilling scorching coffee on herself.
Medical Treatment

Stella was immediately taken to the hospital as she had suffered third degree burns on her buttocks, thigh and genitals. She thus has to undergo various skin grafting operations and was in agonizing pain for several months. Not only did it take her two years to completely recover, her daughter too had to stop working to take care of her. After making attempts to settle claims with McDonalds, her family got furious when McDonalds offered her only $800 as compensation. As this amount was less than half her medical expenses, they hired the very famous Texas personal injury lawyer, Reed Morgan.

The Personal Injury Lawyer and The Verdict

Reed Morgan then argued that the coffee Mc Donald’s had served was ‘dangerously hot’ for customers at 180 degrees F which was why it had caused critical third degree burns.In defense, Mc Donald’s lawyers stated that people who ordered hot drinks at their drive-thru generally drank their coffee over a long trip, and wanted it really hot so that it remained hotter longer.

Consequently, Mc Donald’s had to pay compensation for not providing sufficient forewarning to the plaintiff of the hot danger, for inflicting third degree burns on the plaintiff and for ignoring various burn complaints caused to other customers, inducing babies and children. Moreover, they were also charged punitive damages to prevent them from any future negligence.

Ms. Lieback was thus awarded $160,000 as compensation for the injury by the jury and $480,000 as punitive damages. Moreover, the jury also described Mc Donald’s behavior to be willful and reckless. However the settlement amount remained confidential. As a result of this personal injury law case, Mc Donald’s started lowering their coffee temperature and have also started including a printed warning on the cup, informing users about its warm content.

Author bio: This is an article by http://www.paramountlawyers.com.au/