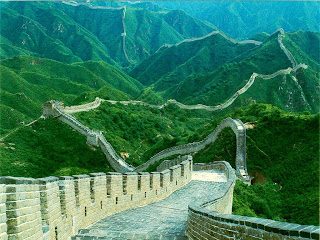 At first sight, a surprise trade deficit in February appears to confirm the worst fears about the impact of the oil-price increase on China. A deficit of $7.34 billion, the largest since 2004, reflects weak external demand and higher costs for oil, the most important item on China’s import shopping list. The markets were unimpressed, with the Shanghai Composite index closing down 1.5% on Thursday.

In fact, February’s trade data need to be treated with caution. A sustained increase in the price of oil certainly could dent demand from major trade partners. But a five-day holiday at the beginning of the month is the more obvious explanation for lackluster exports.

It isn’t only through damping exports that runaway oil prices could affect China’s growth. China imports more than half its oil, and with no domestic substitutes it is relatively insensitive to changes in price; import volumes held steady even during the oil-price peak in the summer of 2008.Higher costs for imported oil might pass through into higher inflation, forcing the government to take further steps to tighten policy. But with domestic prices for gasoline and diesel set by the National Development and Reform Commission, and managed at an artificially low level, the pass-through is limited. The price of light, sweet crude on the New York Mercantile Exchange is up 12% this year, but after a single price increase at end of February, China’s gasoline and diesel prices are up just 4.1% and 4.5%, respectively.Even that increase won’t have a large direct impact on Chinese consumers. With just over 10% of urban households owning a car, increases in the price of gas have little direct impact on outgoings. Taxi drivers might grumble. But fuel-price increases don’t hit the family pocketbook in the same way they do in the U.S.That doesn’t mean there will be no impact on prices at all. China’s agricultural sector is powered by diesel. If increases in international oil prices are sustained, the National Development and Reform Commission might be forced to pass the cost along to farmers, resulting in higher food prices.But with fighting food-price inflation still near the top of the government’s agenda, the most likely outcome is that the regulated price of diesel will increase only slowly, if at all. The higher cost of oil will be more evident in lower refining margins for China’s oil companies than in higher inflation in the mainland economy.For the international economy, the good news is that higher oil prices will not hammer the China growth story. The bad news is that the China growth story, and its resulting demand for oil, will continue to support high crude prices.Story originally posted in WSJ