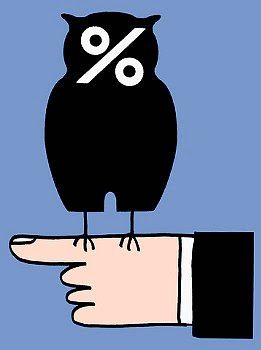 British Justice Secretary Ken Clarke hopes to cut government spending on legal aid by making it unavailable to victims of clinical negligence. Curiously, Mr Clarke wants to shift the burden of claiming compensation on to no-win, no-fee lawyers, who have recently come under fire for allegedly contributing to an increase in claims for compensation. Exactly what does the government hope to achieve by removing legal aid for medical negligence claimants?

Official figures suggest that legal aid, which was introduced in 1949 to provide the indigent with access to justice, costs more than £2 billion every year. The Justice Secretary presumably aims to reduce the cost of legal aid as part of a wider government initiative to cut public spending, but critics argue that preventing victims of clinical negligence from applying for legal aid will deny them the compensation they need and deserve. Mr Clarke’s principal reason for the change, which is due to enter law by April and is part of the Health and Social Care Bill, appears to be that he considers it necessary to destabilise the “damaging compensation culture” in Britain. In other words, the Justice Secretary has argued that many a no-win, no-fee medical negligence solicitor has contributed to the rising compensation bill, so to solve the problem the only logical course of action is to pass significantly more work on to them. Critics would be forgiven for assuming Mr Clarke had other motives for introducing the change, not least because the Health and Social Care Bill includes plans for NHS hospitals to generate up to 49 per cent of their income from the private health sector. Perhaps of greater concern is the clause allowing private health firms to forgo taking out indemnity insurance. This could mean that if the provision of private healthcare results in negligent harm, patients would be unable to sue those directly responsible. If legal aid is made unavailable, many patients might also find that there are few lawyers who are willing or able to help them initiate proceedings against the NHS on a no-win, no-fee basis.

The Justice Secretary does not accept that access to justice will be curtailed as a result of the decision to remove legal aid for medical negligence claimants. Mr Clarke appears to believe that many claimants will be able to fund their own cases. However, the cost of progressing a claim to trial can reach £200,000. Talk of insurance for claimants has been described as unrealistic by law firms, the majority of whom would be unable to afford to pay for the costs of litigation on behalf of their clients. Action Against Medical Accidents (AvMA), a charitable organization that lobbies for improved patient safety, recently carried out a survey of legal professionals and found that many expected the decision to get rid of legal aid for medical negligence claimants to halve the number of cases taken to court. Though this is likely to please Mr Clarke, it would be somewhat strange for a government minister to take satisfaction in knowing that a policy he helped to implement could shorten the lives of thousands of patients who have suffered at the hands of negligent doctors. The consequences of the decision to limit access to legal aid are potentially catastrophic. Quite apart from limiting access to justice for ordinary members of the British public, the move could also limit many people’s access to a reasonable life.

About the author: This guest post has been written by Leyla on behalf of Barlow Robbins who help people with their brain injury compensation cases. We like to keep our readers up to date and share our knowledge on British and global legal issues, including the latest advice on injury claims.