A look at private healthcare in England. How does it compare to the U.S.? Read on to find out. 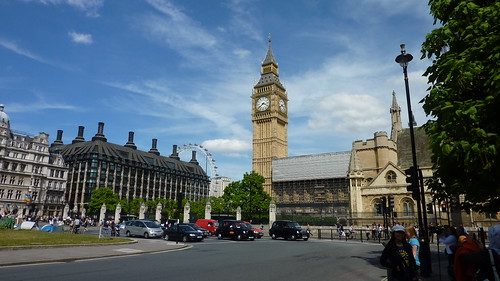 The United Kingdom’s private healthcare sector is quite small compared to that of some other developed countries, chiefly the United States. Nevertheless, the industry’s growth has accelerated in recent years as a desire for better outcomes has pushed healthcare professionals and hospitals to innovate. The following primer on private healthcare costs in England should begin to answer your questions about this exciting new service.

When the country’s National Health Service (NHS) is taking care of your bills, you may ignore the cost of all the services you utilize over the course of a normal year. Needless to say, there are sizable regional differences in healthcare costs across the nation. Generally speaking, doctors and hospitals charge less in rural areas and the northern and western regions of England, whereas the heavily populated London area’s higher cost of living has an inflationary impact on health costs as well.

In London, assume that an overnight stay in a private hospital will cost a minimum of 1,000 pounds. Many hospitals now administer outpatient urgent care clinics, which have the ability to admit patients if their condition warrants it and which charge admission fees on the order of 100 pounds. Services at these clinics, which are considerably cheaper than full-service emergency rooms, are offered on an a la carte basis.

Childbirth draws millions of women and their families to hospitals across the country each year. The cost of a typical childbirth without major complications at a private hospital in London can run up to 10,000 pounds, especially if it requires a cesarean procedure or successive overnight stays. Most private obstetricians charge between 3,000 and 4,000 pounds for their consulting and hands-on services, with cesarean procedures costing a similar amount. Of course, these fees don’t take other pre-natal and post-natal costs into account. Ultrasound consultations, Chorionic Villus Sampling tests and nuchal translucency scans carry combined costs of nearly 1,000 pounds. Many mothers-to-be opt to consult with private midwives instead of certified obstetricians during their pregnancies, a somewhat cheaper option that seems to produce similar outcomes.

Private doctors and hospitals now offer most common consultations and procedures, again with significant regional differences in cost. A colonoscopy costs about 2,000 pounds in London versus 1,200 in the North, while MRI scans cost between 250 and 600 pounds depending on the body part of interest. Liposuction, a common elective procedure, may run anywhere from 2,500 to 3,500 pounds.

Since the private healthcare industry remains much smaller in the U.K. than in some other countries, calculating insurance costs can be challenging. High-quality private health insurance programs start at around 500 pounds per year, rising to over 2,000 pounds per year depending on the health of the insured. Compared to the United States, this makes private British insurance quite competitive.

Author Bio: This post was written by John Reynolds on behalf of PrivateHealthCare.net. Is private medical care expensive? It doesn’t have to be. Check out their site to learn more and read informative health insurance company reviews.