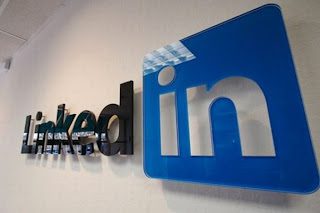 LinkedIn, the Internet social network for professionals, launched a service on Thursday that creates a customized online newspaper from articles being shared by the network’s more than 90 million members.The new service, called LinkedIn Today, displays excerpts of the most popular articles in various industries, in a move that the company hopes will spur users to interact more on its website.LinkedIn, which filed earlier this year to sell shares to the public, makes money through advertising and by offering premium services.

The site is popular resource for job-hunters and for people looking to expand their network of business contacts but has lagged behind social networks like Facebook and Twitter when it comes to user activity on the site.According to LinkedIn, more than one million messages are shared by members of the network every day.”There are quite a few of our members who are already doing it,” said LinkedIn product head Deep Nishar, about users sharing content on the site. “And there will be more members definitely as a result of seeing the manifestation of what happens when you share and interact with your network.”In its public offering registration statement filed in January, LinkedIn said that a “substantial majority” of its members do not visit the site on a monthly basis.With the new service, LinkedIn users will be able to create separate news pages for up to 22 industries of interest, including the Internet and Healthcare. Articles will appear in LinkedIn Today based upon how often they have been shared by members of LinkedIn.The service also will include articles that are shared on Twitter by LinkedIn members who have linked their Twitter and LinkedIn accounts together.The company said the new feature also will be available in an upgrade to its iPhone app that was being released on Thursday.

This news first reported by Reuters