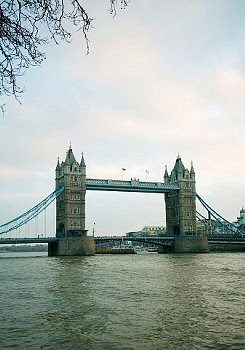 From individuals to big businesses, the recession has hit everyone hard. Since the economy started to crumble in late 2008, the country has seen numerous companies buckle under the pressure to stay afloat. As a result, workers have been made redundant, homeowners have lost their homes and the shops that once dominated the British high street, have slowly disappeared.

The Effect of the Recession

As defined in official terms, a recession is ‘a significant decline in economic activity spread across the economy.’ In real terms, it is a change that has brought financial troubles to all levels of society. The economic downturn has affected everyone in a domino-style, knock-on effect. Households have suffered their biggest fall in income in 30 years. As a result, consumers have cut their spending and many high street shops have not been able to meet their financial targets, as people search elsewhere for better deals. Many shops have had to close their doors, causing people to lose their jobs and continuing the cycle of spending cuts and job losses.
The Decline of the High Street The evidence of the recession is clear in every town and city of the UK. Looking at any high street in 2012, anyone will notice the overwhelming amount of empty shop fronts. In the first five months of this year alone, 31 retailers have indicated that they are close to going into administration. The companies that have been affected over the course of the last four and a half years have been not unknown start ups, but rather big name fixtures on the high street, that had served the public for generations. The progressive crumbling of many of these companies has come as a shock to consumers and traders alike and revealed that no one is safe from the effects of the recession. Big names that have succumbed to the economic downturn include La Senza, Clinton Cards, Past Times and, perhaps most famously, Woolworths, after 100 years spent serving the public.

A Sliver of Hope

However, the emptying of big names from the high street has not been without its benefits for some. The decline of the UK shop chains has opened doors for individual traders to make their mark on British consumers. Empty shop fronts, unable to be rented out in long-term leases, have become sites for ‘pop-up shops.’ These are shops that are temporary and appear seemingly out of nowhere, to sell and serve for a short period of time, before soon disappearing again. They have proven popular with consumers who are enticed by prices and unusual sale items. They are also an excellent launching platform for sole trader businesses, which are able to gain exposure in a way that would not have been possible in stronger economic times. Many see it as a healthy turn back to personal service and independent businesses, with proof to show for this; in the ten largest UK cities, independent trading grew by 47% in 2009 alone. Not all major traders have been affected either. Coffee shops, such as Cafe Nero, have reported great rises in consumer spending. John Lewis too has bucked the trend and has reported a growth in profits. The recession has taken a toll on the British high streets and its effects cannot be overlooked and should not be ignored. However, the growth in other areas of consumer spending in the high street is a strong indication that it is not ready to buckle completely and will rise again, once the hard times are over.

About the Author: Here is an author bio which could be used: This post was written by sole trader specialists, Brookson.