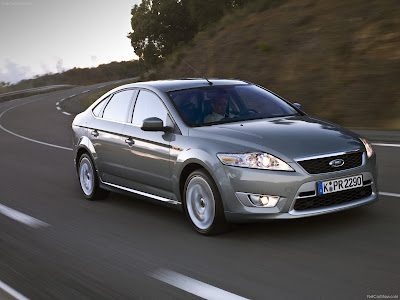 In the working world, fleet cars (and vans) are a big business and reign in a tremendous amount of money for motoring manufacturers around the globe. Your typical executive will require a relatively plush model with plenty of space and something perhaps a little flash. These necessities in a car, however, are often overlooked initially by the wanting for a fuel efficient machine that can eat up the miles, but doesn’t bear the need for numerous stops along the way. So a perfect rep car can offer the driver a pleasant environment, a bit of grunt under the bonnet, whilst keeping a keen eye on fuel consumption. The following are just a handful of examples that could very well be the right the fit and be easy on the old fuel card.

My as well start with the bar high. The last Passat made a world record after The Sunday Times took one example from Kent to the south of France and back (1526.63 miles altogether) on a single tank. That’s a fuel consumption figure of just under 90 mpg. Of course the driver will have been easy on the gas, but still, it’s certainly a hell of a feat.

The newest model in the BlueMotion range doesn’t quite offer the same numbers (although with careful driving you might get close) with figures starting at 65.7 mpg for the 1.6 diesel, with the bigger 2.0 litre plant churning out about 61.4 on the same combined cycle. In terms of design, the new Passat looks a little sharper than its predecessor with lines that will age well. The interior is also relatively posh and if generously specced, then you could have a fair bit of technology to play with as well. With prices starting at £20,000, it’s also not too steep on the company wallet.

The ever popular rep mobile, the 3 Series is a reliable as a wood burning stove these days and is guaranteed to run well past the 100,000 mile mark and with so many different specs to choose from, you’ll be spoilt for choice. When it comes to economy, BMW’s EffcientDynamics models can’t match the Passat’s 65 mpg mark due to its bigger engines, but with a bit more grunt under the bonnet, anyone with a feel for more power will certainly be happy at the wheel of a 3 Series. The 320d SE model returns 61.4 mpg on the combined cycle, whilst the more expensive 330d equivalent able to bring a number of 57.6 mpg to the table. Talking of expense, the BMW badge carries a little more brand power and don’t expect to pay less than £28,000 for the 320d SE example.

Just because the name Vauxhall is mentioned don’t think we’re going down in the world. The British based company has come a long way in recent years and can offer an all-round more than adequate package. The better numbers come with the 2.0 CDTi model, which offers a 6-speed manual gearbox with a bit of power to boot (118 bhp) and a generous return of 65.7 mpg. Vauxhall’s Insignia (the replacement for the old fleet favorite the Vectra) is also a good looking beast and has proved a very popular choice since its release in 2008.

Now in today’s world there is absolutely no shame in being a “Mondeo man” with Ford’s latest offering of its family saloon being a fine looking car indeed. It’s also a good runner and more reliable than those that have come before it. With figures around the 66 mpg mark from Ford’s 1.6 Duratorq diesel unit, it can certainly match the others and even beat a few of them too. However, on their most frugal example, the Mondeo lacks in the power department with less than 100 bhp available on tap, but of course that’s not what we’re looking for here and shouldn’t prove to be a particular problem.

About the Author: Sam is writing for a Choose a Fuel Card who offer various Shell fuel cards (www.chooseafuelcard.com/brand/?q=shell), among others.