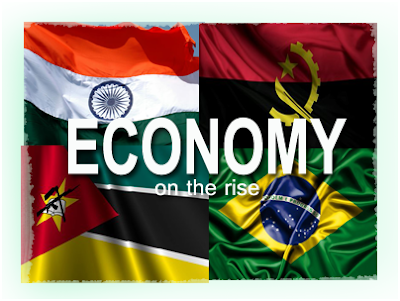 The world witnessed great political upheavals throughout 2011 continuing into the first half of the current year. Political situations in countries can hardly be divorced from the financial. Europe and USA are still reeling from the aftershocks. But in the meanwhile lesser known countries have surged ahead:

Over-dependence of China on exports does not put China on the list.

• India: the sheer size and population of the country is enough to drive the economy for some time. There is great scope for economic growth according to Madan Sabnavis, Chief Economist, Care. The amount of development needed is helping this Asian country grow rapidly

• Angola: Endowed with abundant crude oil resources, this African country has around 45,000 Portuguese citizens working there. Chinese backing helps, but it’s a reversal of fortunes for the country whose citizens were fleeing to Portugal just a few years ago to escape military strife and find a means of living. Unsurprisingly, the IMF had forecast Angola to be the 7th fastest growing economy in the world for 2011.

• Mozambique: After 15 years of civil war this country has seen an astounding 7.1% growth rate in its economy. This African nation is set to become the largest exporter of coal in the coming decade. The discovery of two large gas fields has made it an energy hub. Sensationally, its currency performed the best against the dollar in the world.

• Brazil: This South American country’s economy is now at no.6 in the world. An economic growth rate of 2.7% in 2011 meant that it pushed U.K (with a growth rate of 0.8%), to the 7th place. The per capita income in Brazil (at $11,000) is currently less than a third of the U K’s, but is steadily climbing. In the west per capita incomes are stagnant, and have been for some time. In 1990 a lot of privatization took place, and this could be seen as the catalyst for the economic rise. China and the U.S are two of Brazil’s biggest trading partners. Agriculture and food processing account for 36% of exports and 25% of its GDP. It’s the world’s largest producer of sugarcane, coffee and tropical fruits, and has the largest commercial cattle herd.

Brazil has abundant oil reserves, equivalent to those of Norway and UK in the North Sea. Once a way is figured out to safely drill the Atlantic depths, oil may become the next big thing for Brazil. Iron ore is also present in huge quantities. One big factor influencing the size of the economy is the high value of Brazil’s currency. The risk: dependence on commodities exports; if demand falls, the economy could be hit. But the advantage is agricultural exports. Global population is growing, and food will always be needed.

Author bio: This is a guest post by Lance Goodman of dishtvoffer, a site that offers savings and current information on dish network.