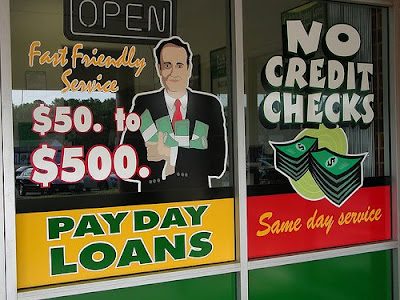 Which states have the toughest laws on payday loan lenders? Some states have banned them entirely while others have significant restrictions on lending and rates. If you’ve taken out a payday loan and failed to repay it promptly, you understand why the industry has become a source of concern for regulators and consumer advocates who worry that it unfairly penalizes borrowers who live paycheck-to-paycheck and can’t afford the loans’ exorbitant short-term interest rates. The controversy is further stoked by an uneven set of payday loan regulation standards that varies wildly between different state jurisdictions. Before taking out a payday loan, be sure to check with your state’s lending authority on the regulations in place.
States with Bans Payday loans are legal in 37 states and either banned or implicitly made illegal by strict caps on annual interest rates in the remaining 13. Arizona, Georgia, Pennsylvania and Vermont have tight anti-payday laws on their books, while states like Massachusetts allow payday lending at extremely low interest rates, making it difficult for lenders to operate effectively. At the federal level, laws passed in 2005 and 2007 prevent FDIC-insured banks from making more than 6 payday loans to the same individual with the result that no traditional bank anywhere in the country offers payday loans anymore.

Other states make life difficult for payday loan operators without banning their business outright. Colorado caps the loan amount on which high rates of interest can be charged at $200, to keep expenses manageable for borrowers, while Idaho prohibits payday loans smaller than $1,000. Since the vast majority of payday loans are smaller than that, it’s very difficult to secure a payday loan in Idaho. Some states look to trip payday lenders up with bureaucracy. In Wyoming, for example, payday lenders with a mailing address in the state are subject to strict licensing requirements and cannot roll over their outstanding loans, which eliminates a significant added source of income. West Virginia asks its payday lenders to comply with local usury laws, and many have fled the state rather than do so.

Even if they don’t cap your interest rates or limit your ability to roll loans over, many states have begun keeping databases of the outstanding payday loans within their jurisdiction and preventing you from taking out more than one at a time. On the other hand, states like Delaware, South Dakota, and Wisconsin impose virtually no restrictions on the number and principal amount of your loans. In fact, the former two allow payday lenders to charge unlimited interest. Payday loans are useful if you find yourself in a tight financial spot and need to borrow money from your next paycheck to pay your current expenses. Once you’ve taken out a number of these loans at once or rolled the same one over continuously, however, you’ll find that quite a bit of your paychecks go towards interest and fee payments alone. If you live in a state that permits payday lending, do your homework and know what you are getting into before you make a commitment on a loan that will put you in a deeper financial hole.

About the author: This article was contributed by John Reynolds on behalf of PC-Wholesale.com where you can find the world’s largest online selection of networking products and Transceivers.