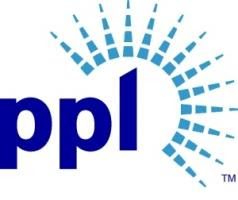 U.S. power firm PPL Corp agreed late Tuesday to buy the British electrical grid business of Germany’s E.ON for about $5.6 billion in cash, significantly expanding its operations in that country.

After the transaction is completed, PPL will own the largest electric distribution network in the U.K. in terms of regulated asset value, the company said in its statement. The deal will add about 10 cents to 15 cents a share to 2011 earnings, according to PPL.

PPL said it will pay $5.6 billion in cash and assume $800 million in existing public debt under the deal with Germany’s E.ON, financing the acquisition through a combination of common equity, convertible equity units and debt. PPL said the acquisition would add to its earnings this year.

The sale would also be an important milestone for E.ON, which is shedding some 15 billion euros of assets. It would mark the second big deal with PPL, after the latter bought E.ON’s Kentucky-based power unit last year for $6.7 billion in cash.

“Opportunities as compelling as this do not come along very often. There are very real opportunities for retainable synergies that further enhance what already is a compelling transaction,” PPL Chief Executive James Miller said in a statement.

E.ON CEO Johannes Teyssen said the purchase price represents “excellent value” for the company and the proceeds of the sale would increase its financial flexibility and strengthen its balance sheet.