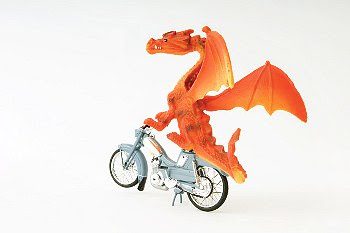 Of all the national economies around the world, none have come close to China over the past 60 years. With such a large population, it always seemed like just a matter of time before China boomed, and it has been an incredible thing to watch. Recent comments by the International Monetary Fund indicate that the end may be near for China’s breakneck economic growth, but at present one of history’s wildest economic rides looks set to continue. The following is a brief look at the growth of the Chinese economy.

Up until 1949, China’s ability to benefit from her own markets, let alone develop and nurture them so that they could grow, was hampered almost entirely by foreign intervention in China. Foreign interests were able to stagnate the Chinese economy and keep it from growing while helping themselves to resources on an enormous scale. This ended in 1949 when the Communists re-established power in China, taking it back from both foreign and domestic forces.
Post-1949 After the Communists took power, China was finally able to slowly start spreading her economic wings, and economic growth in the country grew by between 4-6% over the next 30 years, easily the highest rate of growth of any economy in the world. The benefactors at this point were the Chinese themselves, as foreign investment was not embraced.

The Death of Mao

Following Mao’s death and the power struggle that ensued, China began slowly moving her economy into a market-based one, and opening the door to foreign investment and trade. The results have made history, with the Chinese economy growing by on average 9% per year ever since, which is more than 3 straight decades of the highest rate of growth the world has ever seen.

In the face of allegations of human rights abuses, or non-existent environmental or labour standards, China’s response has been for the most part positive, with significant steps and commitments made to introduce positive changes. This has made it easier for companies around the world to provide assurances to their customers that everything is being done in a humane and responsible way. As a result there has been an absolute flood of foreign capital into China, as well as a flood of Chinese exports out. China continues to amaze world financial experts as it powers through the very same global economic crisis which has wrought such destruction on other world economies. China has maintained an average growth rate of 9% per year since 1978. It remains to be seen where the economic giant will go from here, and with signs of social unrest starting to emerge, many wonder how long China can keep rushing ahead at such a pace. In the mean time, importing from China continues to constitute a huge proportion of many world national economies.