Editor’s Note: This is a guest article from Jena Ellis 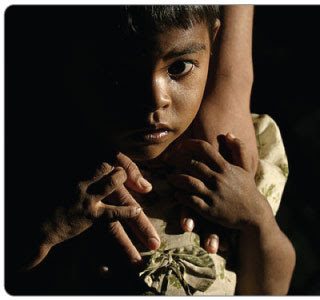 Previously on Money Hacker, the intrinsic value of money was discussed at length. Although it is important to save and spend our money wisely, at the end of the day, money is just paper and metal, and it doesn’t really mean much beyond the power of what it can do–both good and evil. In my opinion, people who make money only for the sake of making money are, all in all, the most boring people I’ve ever met.

Here, however, are some extremely financially successful entrepreneurs who are anything but boring. Why? Because they decided to use the power of their wealth to support good causes.

Most of us know about the preeminent Howard Hughes–aviator, filmmaker, and businessman–from the movie, The Aviator. Although this man’s genius and subsequent insanity were the central focus of the Hollywood biopic, Hughes’ forays into philanthropy should be of equal interest. Hughes inherited a large estate at a very young age, but he never forgot the moral debt he owed to society as someone who was luckily privileged. To learn more about Hughes’ donations to the Medical Research Institute, take a look here.

Better known simply as “The Colonel”, Sanders was the founding father of the enormously successful Kentucky Fried Chicken fast food chain. The chain first started as a single restaurant fueled by Sander’s innovations with the pressure fryer in cooking the Southern staple of fried chicken. Unlike Hughes, Sanders came from a very humble background. His father left his family when Sanders was only five, and since his mother worked, he was forced to cook for his whole family. Sanders’ lifelong commitment to philanthropy eventually resulted in the Colonel Sanders Foundation, which helps support several charities throughout the country. To learn about Sanders the humanitarian, read this.

Ted Turner, most famous for his ownership of the popular news network CNN, is a hugely successful media mogul who owns an astounding amount of land, more than any other American–totaling over one million acres of land. Despite his land and media acquisitions, Turner is still a committed philanthropist. He donated an astounding $1 billion dollars in 1998 to benefit various United Nations causes. The money he gave equaled about one third of his wealth at the time. See here for more information about Turner’s humanitarian activities.Readers of Money Hacker no doubt are concerned about solid investments, which is definitely a good thing. However, one thing that we cannot forget–something that these three men have shown us–is that what matters at the end of the day is what ultimate purpose these investments will be serving. We should all invest for our own personal security, for the security of our loved ones, but also to leave this world a little bit better than how it was when we came into it.

This guest post is contributed by Jena Ellis, who writes on the topics of Online Certificate Courses. She welcomes your questions and comments at her email Id: jena.ellis20@gmail.com

About Guest Writer
This post was written by a guest writer. If you’d like to add a guest post in Money Hacker, please check out Write for Us page for details about how YOU can share your knowledge with our community.