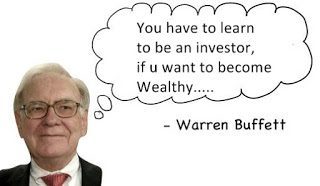 Warren Buffet has always been recognized as the great investor in the world. Even other Wall Street legends say that everyone should mimic Buffet’s strategies; however, Buffet has also made his share of mistakes. Smart investors will take the time to learn more about Buffet’s mistakes and what they need to do to avoid making them. Buffet has admitted to making several big mistakes during his career as an investor. His four biggest mistakes are listed below.

Confusing Revenue Growth With Future Profit Buffet became a preferred shareholder in U.S. Air over 20 years ago. He said he originally chose the company because the firm’s revenues were growing substantially. Unfortunately, the revenue growth wasn’t sustainable. He was still able to close his position without suffering a loss.

However, Buffet said that he doesn’t like to rely on fate when making an investment. He has cautioned other investors not to make the same mistake.

Buffet has always relied on value investing when choosing an investment. He encourages all investors to look at a company’s return on equity, rather than revenue growth or other financial variables; however, even a genius like Buffet sometimes fails to follow his own advice.

However, in 2010 Buffet said that he deeply regrets investing in Berkshire Hathaway. He said he didn’t buy Berkshire Hathaway because he thought it was a great investment. Buffet bought the company to get back at the manager of the company for trying to screw him on a trade. Buffet said he has been paying for that mistake ever since. He told reporters from CNBC that he missed out on the opportunity to make over $200 billion between 1965 and 2010. That is nearly three times his current net worth.

Failing to Look at Price Trends in Commodities

Buffet has admitted that he has made a couple of big errors in the energy industry. These mistakes arose because he wasn’t realistic about the direction of energy prices. Oil prices fell more than he anticipated and other energy prices weren’t able to sustain their highs. He bought shares of stock in companies in the energy sector which fell sharply when commodity prices dropped. One of his mistakes with energy futures cost his firm nearly one and a half billion.

Buffet hopes that all investors can learn from his mistakes; however, he has also made a few statements that can be encouraging to other investors. He has often said he admires small-time investors, because they can create more leveraged portfolios and earn higher returns than large investors such as him.

At the same time, small investors need to be more careful with their decisions. Individual investors aren’t creating a diversified portfolio like Buffet is. You need to do your due diligence with any investment you are making.

Adam Schlaeber is a financial writer who talks about John Studzinski, Warren Buffet and other financial geniuses he hopes to emulate.