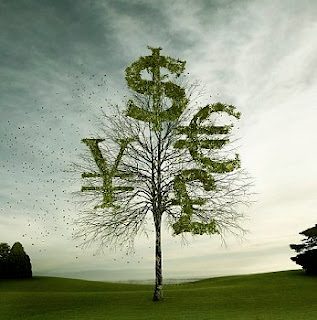 If you had just five dollars, would you give two away in the hopes of having seven or more at the end of the endeavor? Some people would rather be secure in keeping the five they had to start rather trying at turn at making more.

Venture capitalists, while perceptive businesspeople and money minded, are in part gamblers. Investing money in the business endeavors of others does not guarantee success; a lot is at risk, including lost funds, deflated portfolios, and damaged investor reputations.

Nevertheless, higher risk begets better reward- such is the game and glory of venture capitalism. While prudence demands respect, when is it best to let it all ride on risk in pursuit of great rewards?
Celebrities On Board

Perhaps you’ve noticed Tiger Woods wearing a TAG or Madonna sipping on a particular brand of coconut water? Is it their natural inclinations? Alternatively, do celebrities don particular products due to endorsements and investments? When celebrities are on board, investors take the risk (1)

One capital services founder advises, “When a company spreads the word about its celebrity backers, it could boost sales; there’s a halo effect in which fans may be interested in trying a product that a favorite actor or elite athlete supports.”

The same source cites business, Carol’s Daughter on the receiving of help from investors, as well as Will Smith, his wife, and their friend, Jay-Z. Before the stars’ interaction, the brand produced $4 million in revenue; after additional funding and expansion, the company grossed $50 million.

When Stock Prices Are Falling

It seems completely counterintuitive, but some advise chasing after stocks at the height of apparent doom. One analyst describes the irony: “Of course, eventually some brave souls somewhere step in, and if they’re right, they stand to make a killing. That’s because they’re following that other popular Wall Street adage, which says the best time to buy is at the point of maximum pessimism.” (2)

Last year, Banco Santander, Spain’s largest bank, suffered a 35% stock plummet, yet at the time, analysts directed attention to the 16% yield on the dividend if the banks fortunes turned. Furthermore, risky VCs understand the desperate nature of excited entrepreneurs and those in need of immediate funding or stimulus. Though present finances appear dim, a reversal of fortune creates ongoing and hefty dividends for investors.

Going Against the Grain

“The core problem is that many entrepreneurs and venture capitalists believed they could replicate the innovation funding model of IT in the field of energy. But that idea, hatched in Silicon Valley, hasn’t panned out,” observes an analyst surveying the ‘green’ industry’s inability to replicate the Internet boom. (3)

Forbes observes VCs are still investing in green tech companies despite the number of failed startups and ambitious ones waning in early years. Though some green startups have ended, many nations and VCs, VCs seeking greener revenue streams and willing to take the risk, endorse the pursuit of a greener planet.

Kevin Aldrige has worked in the business finance industry for many years. He shares his expertise on a variety of business and finance blogs. Visit csspartners.co.uk for more finance and investing information.