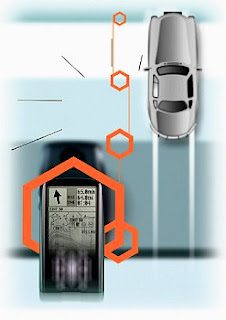 With more and more people taking to the wheel each and every year, it’s no surprise that countless smartphone apps are now hitting the app stores. From avoiding distractions to helping you find a gas station, there’s a world of choice out there. So let’s cut the wheat from the chaff, and discover the five very best smartphone apps for drivers.

We’ve all been there: staring at the fuel gauge, watching it slowly tick down. And what’s this? A huge line of traffic – just what you needed! Having no idea where the next gas station is can be a frustrating and panic-inducing situation, and that’s exactly why the GasBuddy app was created. The counterpart to the GasBuddy website, this free app will show you exactly where your nearest gas stop is, and even give you the prices.

With the release of iOS 6.0, Apple removed the native Google Maps apps from iOS devices. This was generally regarded as a terrible move. However, a few months later, Google developed and launched its own version of the hallmark app. The app is practically the same as the previous version, but has a few new killer features: most notably, turn-by-turn navigation.

Apple’s Siri requires you to hold a button in order to deliver orders. With Vlingo’s in-car mode, that’s not an issue, making it an excellent choice for drivers. All you need is a Bluetooth headset or similar, then you can ask Vlingo to do many different things: send a message, place a call, check on gas prices, and much more. The best thing about Vlingo is that it’s totally hands-free, so you’ll get the easiest drive possible.

There have been quite a few ‘where did I park’ apps in the app stores, and not all of them have been up to snuff. iCarPark, however, is different. Not only does the app log where you’ve parked using GPS functionality, it also allows you to make notes on which level you parked on, which bay you’re in, and so on. If you use a parking meter, it’ll even keep track of the cost. Plus, you can even track multiple parking spots at once, for those times when you’re with friends.

The final app is the most expensive, and there’s a reason for that: it’s the most feature-rich. If you have a compatible OBD-II or EOBD vehicle, you can sync DashCommand with your car and use your smartphone as a diagnostic kit. It’ll display everything from corrected vehicle speed to torque. Even better, DashCommand can actually perform diagnostics and discover faults with your engine, great if you want to save money on your car insurance, if the ‘check engine’ light is on. It’s pricey, but you really do get the whole package here.