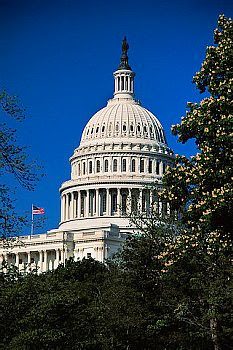 Recent financial developments in Europe have, to a great extent dominated the world economy as a whole. The debt crisis in Greece and Spain cannot be viewed in isolation because in the era of globalization, small ripples that start in one place grow into stronger waves that are felt in other parts of the world. The U.S. is also bound to be affected by the financial crises in Europe.

Surprisingly though, the U.S. economy has not been too badly hit by the turmoil in Europe. Indicators show slight improvement in employment which could potentially increase consumer spending. The recovery which started in Q4 of 2011 has gradually climbed in 2012 Q1. The fragile economy is on the mend, however it is not yet time to party.

Economic growth is measured as an increase in gross domestic product — the output of goods and services. In the U.S. this showed gains in exports, non-residential fixed investment, private inventory investment, and federal government spending. But this increase was off set by cuts in state and local government spending, and decreased imports.
TD Bank Senior Economist commented, “Without hyperbole, this was a horrible report”, reacting to reports of the U.S. economy growth rate just scraping up 1.3%. He also said that the “looming prospect of a default as a result of the deficit-cutting standoff in the U.S. Congress raised the threat of a drastic cut in government spending”. Increased gas prices and the lack of equivalent gains in income are responsible for low consumer spending which has remained at 0.1% in Q2.

Let us take a quick look at some of the positives happening in the US economy:

• Investment continues to be the driving force of the U.S. economy, as per the Equipment Leasing and Finance Foundation. For 8 quarters at a stretch, the investment in software and equipment has grown steadily. • According to BBVA Research, transportation manufacturing continues to spur the regional industrial production. Eurozone tension is the main source of downside risk. • There is a reduction in the number of unemployment insurance claims. • Car sales are back to pre-recession levels. • Average weekly hours worked at manufacturing units are the highest in many years. • Improvement in the credit markets, as supply constraints are easing up and financing demands are on the rise • The second half of 2012 is likely to see more rapid growth spurred by demand from both business and consumer sectors.

Most Finance bigwigs expect that the Federal Bank will keep interest rates low, and that the dollar will gain slightly against trading partners, thanks to the European crisis. Unemployment rates are expected to remain between 7.5 and 8.5%. Some volatility can be expected as there will be a good number of disgruntled employees coming back to work.

The main threats continue to be the European debt problem, the high and increasing oil prices, and economic slowdown in China and other upcoming markets.

About the author: This is a guest post by Mark Bennett of OnlineComcast.com, a site that offers savings and current information on cable and internet, go to onlinecomcast.