“Most of the time common stocks are subject to irrational and excessive price fluctuations in both directions as the consequence of the ingrained tendency of most people to speculate or gamble… to give way to hope, fear and greed” ~ Benjamin Graham 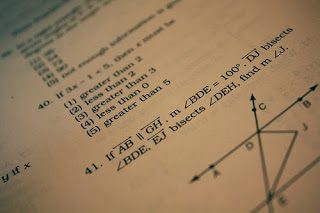 Margin of safety is a formula to identify the difference between company value and price. If value and price are equal, the stock price considered as fairly valued. If price is more than the value, then you can assume that the stock is overprices. If price is less than value, this is a good buy because there is lots of room available for better profit in the future. All are correct. But, hoe do you find out the value and price? That is the question. This is a magic formula from legend investor Benjamin Graham with success stories from another legend Warren Buffett. find the magic below:

In the “Intelligent Investor”, Benjamin Graham describes a formula he used to value stocks. He disregarded complicated calculations and kept his formula simple. In his words: “Our study of the various methods has led us to suggest a foreshortened and quite simple formula for the evaluation of growth stocks, which is intended to produce figures fairly close to those resulting from the more refined mathematical calculations.”

The formula as described by Graham in 1962 edition of “Security Analysis”, is as follows:

Where the expected annual growth rate “should be that expected over the next seven to ten years.” Graham’s formula took no account of prevailing interest rates.

On the other hand, if it could grow earnings at that rate for 30 years, it would be a bargain.

However, Graham also preached Margin of Safety. Therefore, taking this formula and allowing a 50% Margin of Safety you arrive at a P/E of 14.25 in the above example. Many value investors would take a hard look at a company with a 14.5 P/E growing earnings at 10% a year.

Then, he revised his formula in 1974 (Benjamin Graham, “The Decade 1965-1974: Its significance for Financial Analysts,” The Renaissance of Value) as follows:

Graham suggested a straight forward practical tool for evaluating a stock’s intrinsic value. His model represents a down-to-earth valuation approach that focuses on the key market-related and company-specific variables.

The Graham formula proposes to calculate a company’s intrinsic value V* as:

Here is the explanation for above formula:

EPS : the company’s last 12-month earnings per share. g : the company’s long-term (five years) earnings growth estimate. 8.5 : the constant represents the appropriate P-E ratio for a no-growth company as proposed by Graham. 4.4 : the average yield of high-grade corporate bonds in 1962, when this model was introduced. Y : the current yield on AAA corporate bonds To apply this approach to a buy-sell decision, each company’s relative Graham value (RGV) can be determined by dividing the stock’s intrinsic value V* by its current price P:

Because of the measures it uses, difficulties may be encountered in evaluating both new and small company stocks using this model as well as any stock with inconsistent EPS growth. It is efficient because of its simplicity but it also limits it: the model doesn’t work well for every stock.

• Quality of the Current Assets.