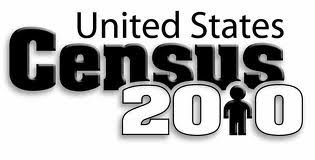 An article by SUSANNA KIM in ABCNews listed 10 interesting findings by 2010 US census which shows minority groups growing, old industrial cities like Detroit and Cleveland shrinking, and plenty of homes still to be had in central Florida. Those are just some of the pieces of information coming out as the Census Bureau rolls out data from last year’s survey.

Here are those interesting findings:

1. White children could be “minority” by 2019; Hispanics and Asians account for all the growth among the nation’s child population.2. Detroit Loses a Quarter of its population3. The Growth of the Sunbelt4. The Poorest County in the U.S. is in Kentucky5. Westchester, N.Y., has highest property taxes in the U.S.6. Orlando, Fla., is nation’s most vacant city7. Puerto Rico has more African Americans and American Indians8. Percentage of parenting among same-sex couples is highest in the south9. Cleveland sees lowest population in 100 years10. More blacks in south moving to suburbs

This is truly interesting! Read complete story in the source