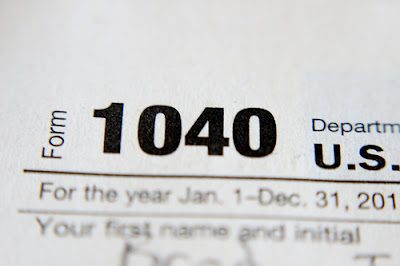 Anyone who earns money as a United States citizen is responsible for filing their own taxes and, if necessary, paying certain amounts to the Internal Revenue Service, or IRS. However, there are a few people every year who try to evade the law and avoid paying their taxes. Here are some of the best known celebrities who are in trouble with the IRS.

While Martha Stewart is best known to most individuals as homemaker made famous for her style and cooking techniques, she is also a convicted tax evader. In 2004, Stewart was convicted for not paying back taxes of more than $200,000 on one of her many homes. She claims that since she rarely visited the home, taxes were not necessary. After 18 months of jail, the taxes were repaid by Stewart.
2. O.J. Simpson Some celebrities are famous for their music or acting, while other are simply infamous. O.J. Simpson could be considered an infamous celebrity in part because of the death of his wife and in part because of his current jail sentence for armed robbery. However, the truth remains that Simpson is also charged with evading taxes in his home state of California. Today he owes more than 1.4 million dollars to the government.

This country music artist has been singing, touring, and selling albums for decades. Unfortunately, it turned out that Nelson had not paid taxes on his earnings over time. The total amount owed equaled more than 16 million dollars. When the IRS discovered this fact in 1990, Willie Nelson was forced to release a special album to cover his costs, and he sold most of his valuable belongings, albums, and instruments around the same period in order to pay back all of his owed taxes and avoid jail time.

Many people with both personal and business incomes can deduct certain expenses from their taxable income. However, it seems that Cage’s financial adviser and accountant did this in such large amounts that he eventually owed more than $600,000 in back taxes in 2007. Two years later, Cage was once again audited and owed more than six million in back taxes for his film earnings over time. Nicholas Cage was able to pay back the full amount by selling three of his homes around the world.

Former player and Major League Baseball manager Pete Rose made a sizable income while taking bets on sports teams in the industry. Since he failed to report the gains from sports bets, Rose eventually came under scrutiny from the IRS. He was forced to pay back $50,000 and spent five months in jail in 1990. Just a few years later, however, Rose was once again found to owe the IRS more than $150,000. He repaid the full amount as requested. While it may be true that celebrities earn more than the average person, they are still held accountable by the IRS. In fact, some speculate that celebrities are scrutinized more than most when it comes to their taxes in order to set an example to the rest of the country.

Author Bio: Lauren Wilson is a freelance blogger who writes about finances and tax information. If these topics interest you as a career, she recommends that you get started with an online degree program in taxes.