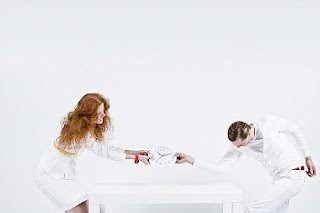 On Wednesday May 8th, 2013 the House of Representatives passed H.R. 1406, The Working Families Flexibility Act of 2013. The proposed legislation, which has not yet passed the Senate, would allow eligible employees who work over forty hours per week to save up to 160 of those hours to take as paid time off at a later date in lieu of overtime pay. In theory, this seems like it would be a great benefit to workers with families, but in reality, it may hurt many more employees than it helps.

The Fair Labor Standards Act of 1938

According to the Fair Labor Standards Act of 1938, hourly employees must be paid at a rate of time and a half for every hour worked over 40 hours per week. If it passes into law, the new bill could change that. Here is how the current law versus the proposed legislation works out by the numbers.

• At 40 hours per week, John earns a gross weekly salary of $290. • If John works 50 hours one week, he earns $398.75 thanks to overtime pay. • Although, if that overtime pay goes into a “comp time fund” then the amount John brings home in his paycheck for that week is approximately only 72 – 73% of what it should be. On one hand, proponents of H.R. 1406 argue that you can’t place a dollar value on being able to take time off to be with your family. However, in terms of dollars and cents, employers who are in favor of passing the new law stand to make higher profits off John’s hard work and he loses income. Considering John’s low wages to begin with, he probably needs the overtime pay a lot more than he needs the time off. 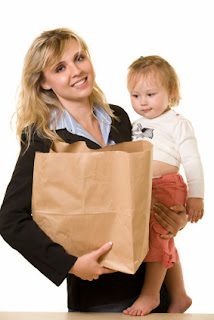 Those in favor of pay reform argue that women – particularly wives and mothers – would benefit the most from this proposed new law. According to this infographic from creditloan.com, over 70% of wives made less than their husbands in 2007. That means that women who are already making less money than men will see a bigger decrease in salary if they lose their overtime pay, so that is hardly a financial benefit for them.

As far as receiving time off goes, when an employee can take his or her accrued comp time off is entirely up to the discretion of the employer. In other words, there is no guarantee that Jane can get the time off she needs to take care of her sick child, attend a parent-teacher conference, or care for other family members such as her husband or parents. Since there are no guarantees Jane can get her comp time when she needs it, it isn’t really much of a benefit at all.

As of right now, the law guarantees overtime pay for hourly employees. While it is true that the proposed measure does forbid employers from mandating that workers sacrifice their overtime pay in lieu of comp time, the penalties for violating the new law would be very weak if it passes. Employers could easily find “creative” ways to indirectly coerce workers into forgoing overtime pay even if they can’t make it an official requirement. Employees could potentially lose rights instead of gaining them.

Employees in the public sector already have the option of accruing time off instead of receiving overtime pay. However, opponents argue that this option for public sector workers was created as a government cost-cutting measure. Opponents of H.R. 1406 also argue that it doesn’t extend the same level of rights to workers in the private sector because government employees have unions and civil service protections to protect them from employers who try to abuse the policy. Democrats against this bill also feel that businesses lobbying for the bill have their own interests in mind far more than those of their employees. If H.R. 1406 is signed into law, employers could legally stop paying overtime salary, make it nearly impossible for employees to take comp time and then force them to collect their time as a cash bonus at the end of the year. This would be the same thing as the employees giving the employers a loan without charging interest.

“Jim is a field-service technician for a sub-division of a multinational corporation. Jim was hired as a salaried worker at $55,000 per year; however, his company also pays him time and a half for working overtime. Since Jim frequently travels for his job and has to spend time completing on paperwork, talking to customers and doing training when he’s not on-site, he ends up working a considerable amount of overtime. Due to the demands of his job, on average, Jim earns an extra $40,000 a year in addition to his base salary. Jim’s lifestyle is built around earning roughly $95,000 per year because he regularly gets overtime without fail. Jim uses that money to pay family bills while his wife goes to college, and financially assists his elderly mother. If bill becomes law and Jim has to take comp time instead of overtime pay, he could potentially lose over 40% of his salary.” More paid time off might be nice, but it won’t help Jim cover his bills, help his wife through school and his mother would likely have to go into a state-run nursing home when he can’t afford to help her any longer financially.

If any of the situations mentioned here sound similar to yours, then you probably value your overtime pay more than you want extra time off work. The good news is that although the bill passed in the House of Representatives, it faces fierce opposition in the Senate. In fact, President Obama has publicly threatened to veto the bill. Nonetheless, it is a serious reminder that workers need to keep an eye on political proposals that can deeply affect their right to fair compensation.

Dona Collins is a personal finance specialist with a passion for helping individuals make the most of their income, plan for retirement, and live financially stable lives.