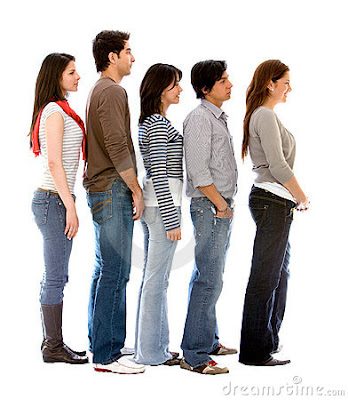 Become a follower of anyone is simple. If we ask to anyone to know to whom he or she follows, we will get a definite answer. But, following of a person does make any changes to our life? This is the real question. If there is no change in our life by adapting some virtues of the person to whom we follow, we are lying to a great extend. I am sure; I am not a person who blindly tells following anybody or having a person as role model as if I am not able to adapt some of the good qualities of that person to my life.But, I still follow Warren Buffett. Why? Because three most qualities of Buffett that attracted me are he is simple, disciplined and have no greed to money. Buffett love to see how money grows than creating wealth and enjoy its glory. His lifestyle shows the simplicity and growth as third richest person in the word shows hoe disciplined he is.

There are number of books including some of the bestsellers available in the market, all of them about Warren Buffet, his style and growth path. However, none of them have any trusted authenticity as Buffett still not opened his mind to anyone to tell about his style and secret, if he has such. I believe the success highly related to three cornerstones: passion, hard work and discipline. Some of the Buffett focused writers like Robert G. Hagstrom and Marry Buffett have claimed in their books, which have sufficient information about the investment approach of Warren Buffett and tips and tricks on how he valuating business to invest. They are of course, good books to read. However, Buffett have not agreed or disagreed with those writings. This shows these books may or may not have Buffett success secrets. These books are good to read with the information it provides. But, never able to tell whether it completely reveals the total approach and styles of Warren Buffett.

Do we able to imitate Buffett to get the same success he has? I believe it is impossible. Some of the great guides like “Common Stocks and Uncommon Profits” by Philip Fisher got Buffett’s interests as it shows some of the best point to analyze business. Of course Warren may using some of this ideas but still not able to say how deep he using it. A true follower should not imitate buffet, but should learn how he got such huge success and try for it as their own by creating their own systems. Reading the circle of competency would help intelligent t followers to create such system that works better for them.

Books on Warren Buffett such as “Buffett: The Making of an American Capitalist” and “The Snowball: Warren Buffett and the Business of Life” are highly helpful to get an insight to the life and business style of Warren Buffett. As a follower, one should read such books to understand Buffett more closely. Those who are looking for the most admired books from Warren Buffett should go behind “The Intelligent Investor” and “Security Analysis” by Benjamin Graham. Both books gave lots of attraction to Buffett and some time we can easily say those books helped him a lot to develop his strategy that lead him to the ultimate success later.

I have read and admired another books on Buffet that not written anything about his investment style or approach, but total about his management style.

What I Learned Before I Sold to Warren Buffett by Barnett C. Helzberg Jr have lots of meal to Buffett follower to get an idea about Buffett’s management style.A pronounced follower of Warren Buffet never going to get anything once if he blindly follow him or read all the books available about him. Instead, a true follower shouldn’t spend much time by reading all the books that not have trusted authenticity but, set realistic goals like Buffett has. My high recommendation to know more about the Buffett style is through reading the Annual Reports of Berkshire Hathaway, where Buffett as the chairman. This library is easily accessible from Berkshire site and it have almost all about Buffett’s view, style, approach.Any true comments?