Click for The Best Collection of Kindle Fire HDs 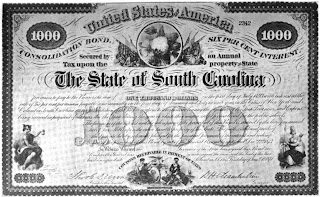 This is a guest post by Biljana Dimovska If you’ve been watching the news recently, you might have caught the story about HSBC and how they were recently given a record fine of £10.5 million and ordered to pay bond compensation of £29.3 million for a mis-sold bond. Even then, that fine had been reduced by 20% because HSBC had found the problem and closed down the company concerned. A subsidiary of theirs, the Nursing Home Fees Agency, had convinced almost 2,500 people to invest in the bond. The problem began in 2005, when NHFA first started to sell the bond. Aimed at elderly people who wanted to make sure that they had enough money to fund any care they might require, the campaign was extremely successful. In the 5 years it was on sale, an average of £115,000 per investor was paid into the fund, for a total of over £29 million.

This type of bond, however, is something which is assumed to be on a medium to long term basis and it is expected that any money will remain invested for at least five years.

There can be considerable charges and fees to pay if you attempt to withdraw the money before the end of that time, and it is likely that if you did so you would be withdrawing much less than you originally put into it. What nobody considered or pointed out in relation to the NHFA bond was that the average age of their investors was 82, and that as a result they were unlikely to have a life expectancy beyond the 5 years required. Many of the investors were, in fact, deceased well before that point, and their estates found that the money paid out was considerably less than was expected. An FSA review of the investors found that a staggering 87% of them had been provided with incomplete or incorrect information. Very few of them had been informed of the longer term nature of the investment, and that there would be significant reductions in the value if it did not go to term. In other words, it should have been obvious to the financial advisors that this was not a suitable investment for elderly people, and they should have been offered other types of investment instead. Of course, while the investors may have been losing out, those who had sold them made sure that they were doing alright out of it. There would be an initial commission of over £5500 for the average investment, and a yearly payment of about £1100. Over the expected 5 years of the investment plan, the Financial Advisors would therefore earn over £11,000 for each one they sold. Fortunately, this mis-sold bond was detected by HSBC and closed down before it could affect many more people, but that doesn’t mean that everyone will be so lucky in future or that they’ll receive the same mis-sold bond compensation. There are plenty of other cases which only came to light because of investors themselves making complaints, either through specialist claims firms or via the Financial Ombudsman.