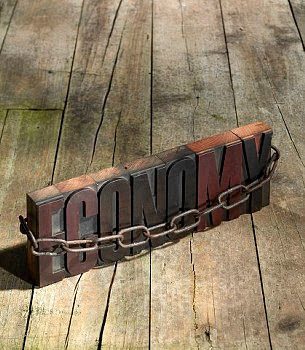 The US economy is under pressure from both internal and external forces which will determine how the fragile economic recovery that the nation has seen in recent months progresses. For entrepreneurs predicting how events play out could be very important on future success and I will try to make a few matters clear to how I think the economy will progress in the coming year. There are three important factors which may tip the balance one way or another on how the US performs during 2012:

1. Taxation and Legislation – The markets are on edge at the moment mainly due to the debt crisis in Europe and the refusal of the Greek government to accept strict austerity measures. This may not change any time soon and with congress delaying decisions on the Bush era tax cuts as well as avoiding other important fiscal legislation, both the markets and the economy will not likely be feeling anymore secure by the end of the year. Such uncertainty will make any recovery fragile and weak

2. Inflation – Interest rate and currency markets are not particularly happy with the increased liquidity from the US Federal Reserve too which makes the economy a lot less stable than it could be.

3. Manufacturing – Although it can’t make our unemployment problems go away, manufacturing is an essential sector for the US economy if it is going to have a sustainable long term recovery.

The biggest problem, which I have highlighted in factor number 3, is the fact that unemployment is still at a level which is way higher than acceptable. For sustained economic growth, jobs have to be created and in recent months job creation statistics have been worrying to say the least. We are not creating enough jobs to even keep up with population growth but most predictions see the economy adding at least 200,000 jobs a month until the end of the year. Why is this the case? Well, one big positive in the economy at the moment is that there have been some big breakthroughs in oil and gas production. Technological innovation has led to production increase in oil for the first time in 2 decades helping to reduce unemployment numbers. This has also had a great knock on effect in the chemical industry. With lower production costs for natural gas, the sector is actually bringing back jobs from overseas, helping the US economy to grow. There are then certainly some good signs for the future over the next six to twelve months. Forecasts have put growth at a steady 2% for the rest of the year and I think there is room to be cautiously optimistic for the future of the economy. There are obviously areas of concern such as the housing market, which is still not performing very well, and a lot still depends on the global economic outlook but for entrepreneurs in the US, there are definitely opportunities out there to capitalize on. About the Author: David Tully has written many articles on the US economy and is a regular contributor to EB5VisaHQ.com and EB5i.com