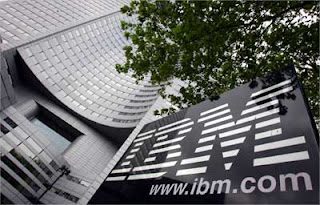 AS it turned 100 last week, I.B.M. was looking remarkably spry. Consumer technologies get all the attention these days, but the company has quietly thrived by selling to corporations and governments. Profits are strong, its portfolio of products and services looks robust, and its shares are near a record high. I.B.M.’s stock-market value passed Google’s earlier this year. Not bad for a corporate centenarian.

Yet, not so long ago, I.B.M.’s corporate survival was at stake. In the early 1990s, it nearly ran out of money. Its mainframe business was reeling under pressure from the lower-cost technology of personal computing.

“I.B.M. faced the challenge that all great companies do sooner or later — they dominate, they lose it, and then they re-create themselves or not,” observes George F. Colony, the chief executive of Forrester Research.

One central message, according to industry experts, is this: Don’t walk away from your past. Build on it. The crucial building blocks, they say, are skills, technology and marketing assets that can be transferred or modified to pursue new opportunities. Those are a company’s core assets, they say, far more so than any particular product or service.

I.B.M. has redirected its research labs and sales force to focus on services and software, retraining thousands of people, and supplementing in-house programs with acquisitions. In big, complex services contracts, from running smart-grid projects for utilities to traffic-management systems for cities, I.B.M. acts as a high-tech general contractor whose expertise spans research, software, hardware and services. These so-called Smarter Planet projects build on its legacy of broad technical skills and deep knowledge in fields like energy, transportation and health care.

FOR the powerhouse companies of today, the I.B.M. story holds a cautionary lesson as well: the danger of delay. Mr. Yoffie of Harvard Business School recalls that in 1990 he had finished a case study on I.B.M. His research included extensive interviews with the company’s top executives, who spoke of the need to wean I.B.M. from its dependence on mainframes and to shift toward software and services.

But I.B.M., he notes, didn’t pursue that strategy until after the company was in peril, and an outsider, Louis V. Gerstner Jr., was installed as its leader in 1993. As Mr. Yoffie says, “It’s really hard to move a company when it’s doing well and not facing a crisis.”

This is some parts of the highly interesting original story written by STEVE LOHR in NYTimes. Read the two page highly motivational story here…

Certainly, a must read for young entrepreneurs…