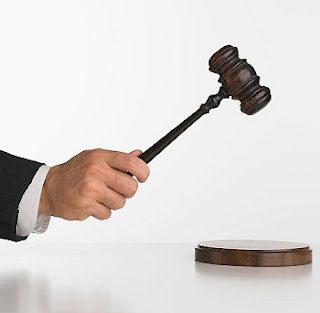 Car accidents occur frequently on roads throughout the UK, claiming more than 2,000 lives and seriously injuring thousands of drivers, passengers and pedestrians every year. Most people are aware that claims for compensation can be brought against negligent road users by contacting specialist law firms such as Accidents Direct, but what not everybody realises is that the capacity to bring legal action against a third party extends even to passengers who are related to the defendant.

Why Should Spouses Sue?

The idea of suing a spouse following a car accident might seem abhorrent to some, while others might wrongly assume that any such act would be ultimately fruitless. After all, why sue the person with whom the claimant might share a bank account? Rather than be considered a prelude to divorce or exercise in futility, suing a spouse after a car accident ought to be regarded as a necessary step if circumstances demand a financial remedy.

The logic is quite straightforward: if a spouse is responsible for a car accident, why should his or her partner not claim compensation for an injury? How else might the family cope with the financial consequences of such an injury? Regardless of who happened to cause a car accident, compensation should be sought because it is the only effective remedy made available in law.

Is it Even Possible to Win a Claim?

It could be argued that claiming compensation from the person with whom the claimant shares household expenses and possibly even a bank account is somewhat pointless. Is the defendant to withdraw money from a joint account only to pay it back in? No, obviously the damages are sought from the insurer of the negligent party, who in this case would be the claimant’s wife or husband. On this point, insurance companies are likely to investigate claims made between spouses with rigor and thoroughness. The opportunity for fraud is simply too great to ignore, so claims are often examined in considerable detail. Despite this increased level of scrutiny, car accident claims against spouses have succeeded in the past.

One recent case in the UK involved a 78-year-old woman who claimed around £34,000 in damages from her husband, who had been accused of causing a car accident that left her with serious injuries to her head, ribs and legs. The defendant’s wife was a passenger in a car in which they were both traveling when the accident occurred. After proving her husband’s negligence, the compensation settlement was negotiated with his insurer. Accidents Direct cannot stress enough the importance of claiming compensation where compensation is due. Fatal car accidents in the UK may have declined of late, but tens of thousands of road users continue to suffer injuries caused by negligent drivers. If negligence can be proved, it does not matter who the defendant happens to be. Compensation needs to be claimed to ensure that the accident victim receives financial security at a time when he or she may be reliant on hospital treatment or round-the-clock care. The alternative would be to pay for medicine, drugs, carers and essential items of equipment such as wheelchairs using private funds, which might not only cause the claimant and defendant to suffer financial hardship but would also defeat one of the principal purposes of motor insurance.