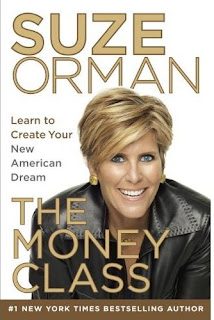 Suze Orman, the woman millions of Americans have turned to for financial advice, says it’s time for a serious reconsideration of the American Dream—what promise it still holds, what aspects are in need of revision, and how it must be refashioned to fit our lives so that we can once again have faith that our hard work will pay off and that a secure and hopeful future is within our reach.

In nine electrifying chapters, Orman delivers a master class on personal finance for this pivotal moment in time. She addresses every aspect of the American Dream—home, family, career, retirement. She teaches us that in order to create lasting security we must learn to stand in our truth. We must recognize, embrace, and be honest about what is real for us today and allow that understanding to inform the choices we make. The New American Dream is not the things we accumulate, says Orman, but the confidence that comes from knowing that which we’ve worked so hard for cannot be taken away from us. In THE MONEY CLASS, Orman teaches us how to take control over our present—right here, right now—in order to build the future of our dreams.

Whether navigating the complicated mix of money and family, offering the most comprehensive retirement resource available today, or delivering a bracing dose of reality when it comes to recalibrating our expectations and our goals, Orman educates us with her signature no-nonsense approach and laser-like clarity. She empowers us to live a life of integrity and honesty that will create an enduring legacy for future generations—a New American Dream that lies in truth, security, financial freedom, and peace of mind.

Suze Orman is a two-time Emmy Award–winning television host, #1 New York Times bestselling author, magazine and online columnist, writer/producer, and one of the top motivational speakers in the world today.Orman has written eight consecutive New York Times bestsellers and has written, co-produced, and hosted seven PBS specials based on her books. She is the seven-time Gracie Award–winning host of the Suze Orman Show, which airs on CNBC, and of the forthcoming Money Class on OWN: The Oprah Winfrey Network. She is also a contributing editor to O: The Oprah Magazine.Twice named one of the “Time 100,” Time magazine’s list of the world’s most influential people, and named by Forbes as one of the 100 most powerful women, Orman was the recipient of the National Equality Award from the Human Rights Campaign. In 2009 she received an honorary doctor of humane letters degree from the University of Illinois at Urbana-Champaign and in 2010 she received an honorary doctor of commercial science from Bentley University.Orman, a Certified Financial Planner™ professional, directed the Suze Orman Financial Group from 1987 to 1997, served as Vice President—Investments for Prudential Bache Securities from 1983 to 1987, and was an account executive at Merrill Lynch from 1980 to 1983. Prior to that, she worked as a waitress at the Buttercup Bakery in Berkeley, California, from 1973 to 1980.

You can buy “The Money Classic” from Amazon.